Annual Exhibition of the Media Faculty and 10th Anniversary Celebration

My third /mediengang, the annual show of student works of the Media Faculty of Bauhaus-University Weimar from 13 to 16 July 2006.

As in the years before I was responsible to organise the Annual Exhibition of the Media Faculty of Bauhaus-University Weimar, which in 2006 coincided with the faculty’s institutional 10th anniversary celebration. Accordingly particular attention needed to be given to all aspects of the planning and execution of this event to turn it into a truly memorable experience.

For this purpose, similar to previous ‘mediengang’-events we set up an agency-like structure for one semester that covered the fields of organisation/coordination, public relations, corporate design, film/TV, and web. This year however an additional group to curate and realise a showcase exhibition on achievements of the last decade as well as another group to organise an official anniversary reception/party were also established.

In accordance with the celebratory character of the event series the theme of ‘digital firework’ was picked for the overall visuals through an internal competition. All printed matter, all audio-visual materials as well as all spatial installations adapted matching motifs, and in effect turned the mediengang X into a truly ‘sparkling’ celebration that culminated in a large traditional firework at the heights of the anniversary party. 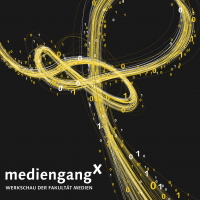 The opening fireworks of /mediengang X: 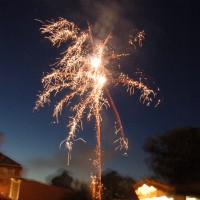 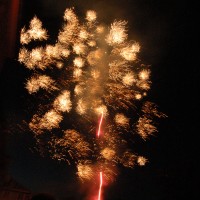 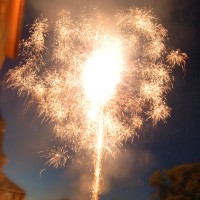 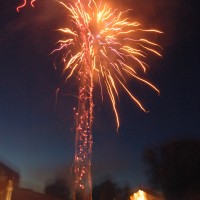